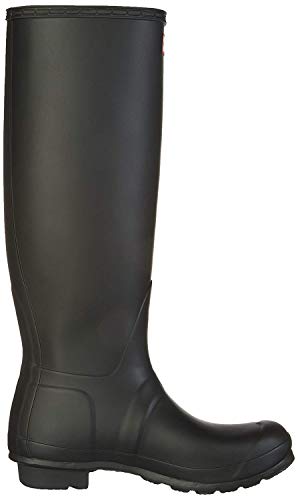 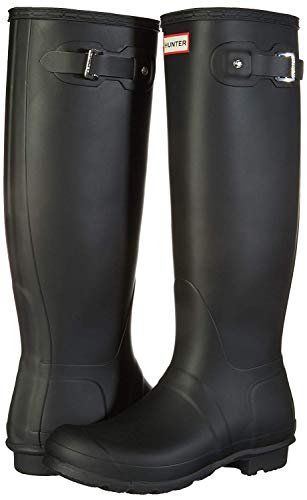 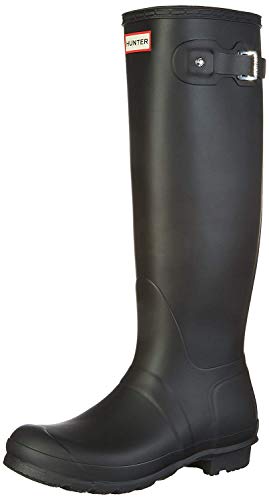 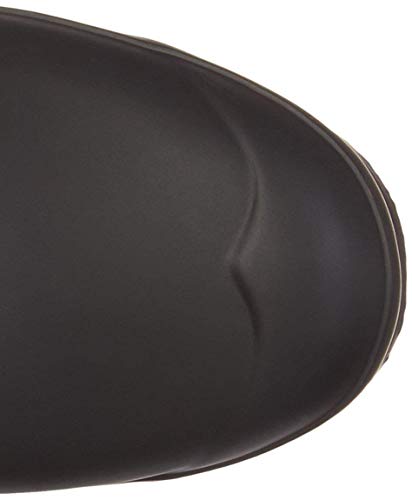 6268800
6268800
0%
available
Clothing, Shoes & JewelryWomenShoesOutdoorRain Footwear
Whether youre mucking stalls, tramping through muddy fields, or just walking the dog on a cold, wet morning, youll appreciate the classic look and feel of this fashionable and ultra-functional rubber boot from Hunter. Tall and snug--but still easy to get on and off--the boot features a vulcanized natural rubber construction for high tear strength and a natural rubber lug traction outsole for excellent traction on slippery surfaces. The knitted nylon lining adds warmth and is quick-drying, while the multi-layer cushioned sponge insole reduces fatigue for hours of comfort.,In 1856, Henry Lee Norris, an American entrepreneur, landed on Scottish soil in search of a home for his boot making company. Having acquired a block of buildings in Edinburgh, known as the Castle Silk Mills, the North British Rubber Company (which much later became known as Hunter Boot Ltd) was registered as a limited liability company in September 1856. In the beginning there were only four people working for the company, by 1875 the team had grown to 600 members of staff. Production of wellington boots was dramatically boosted with the advent of World War I, when the company was asked by the British government to construct a sturdy boot suitable for the conditions in flooded trenches. The mills ran day and night to produce immense quantities of these trench boots. More than a million pairs were made to cope with the Armys demands. The fashionable boot was now a functional necessity. Hunters most famous welly, the original Green wellington, was made over 50 years ago in the winter of 1955. It was the first orthopedic boot that they made and was launched alongside the Royal Hunter--another boot that remains in Hunters range today. Today, Hunter remains the preferred welly brand for those who like to work hard and play hard--theres a great range of boots to suit welly wearers all over the world--from the Royal Family to festival-goers, working farmers and landed gentry alike.