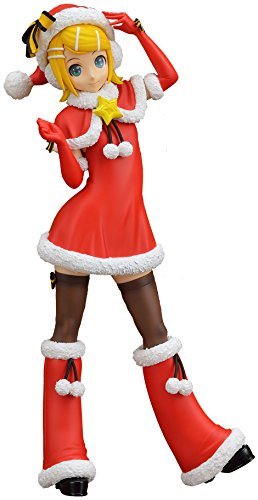 2440100
2440100
0%
available
Toys & GamesCollectible ToysStatues, Bobbleheads & Busts
Kagamine Rin and Len, codenamed CV02, are Japanese VOCALOIDs developed and distributed by Crypton Future Media, Inc., and were initially released in December 2007 for the VOCALOID2 engine. They are part of the Character Vocal Series and are both Character Voice VOCALOIDs. There has since been numerous installments such as additional voice banks dubbed Append as well as an upcoming upgrade to the VOCALOID3 engine (information pending) which is said to include an English vocal release. They are the second set of vocals for Cryptons VOCALOID Character Vocal Series. Their voices are provided by the Japanese voice actress, Asami Shimoda.