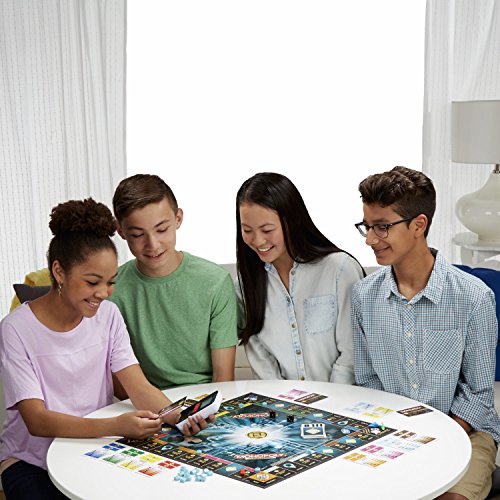 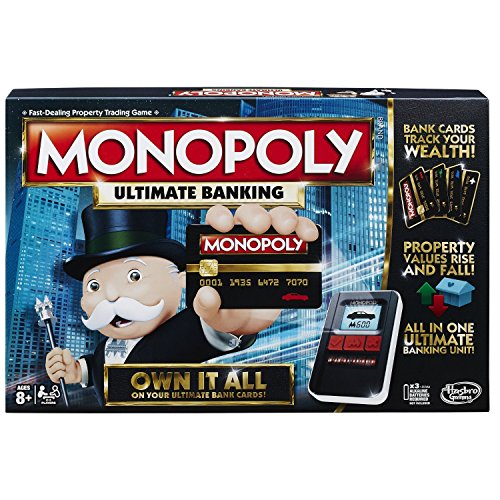 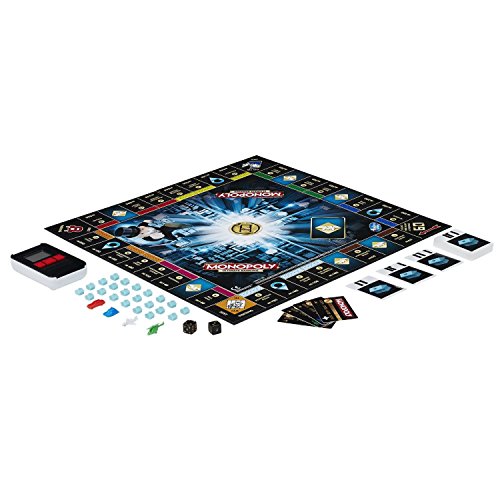 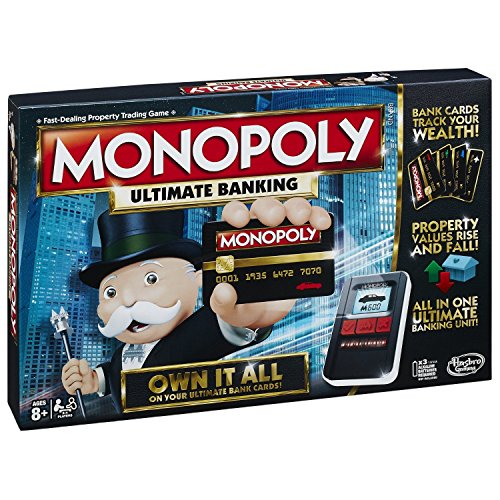 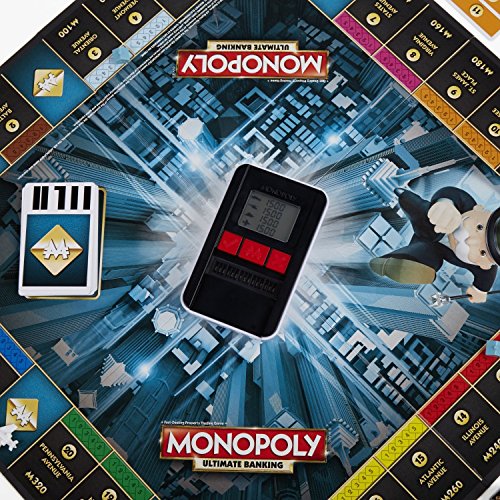 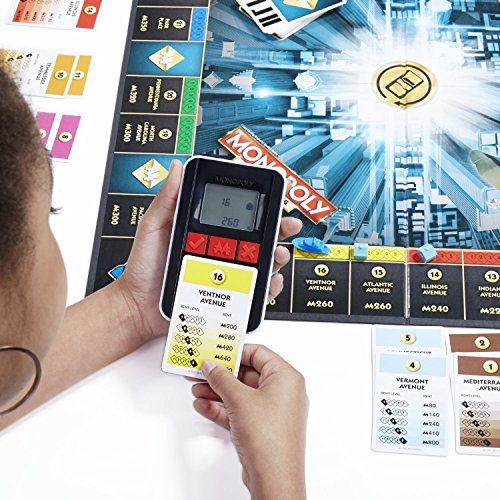 0
0
0%
unavailable
Toys & GamesGames & AccessoriesBoard Games
Product Description,Introducing a modern banking version of the Monopoly game: the Ultimate Banking Edition. In this edition, Monopoly money is no more! The Monopoly Ultimate Banking game features an all-in-one Ultimate Banking unit with touch technology that makes the game fast and fun. Now players can instantly buy properties, set rent, and tap their way to fortune. Each player gets a bankcard and the Ultimate Banking unit keeps track of everyones fortunes. It also scans the games property cards and can boost or crash the market. Traditional Monopoly play gets amped up with this edition -- the game introduces Event cards and Location spaces instead of Chance cards and Community Chest cards. Land on an Event Space, and rents may be raised or lowered, a player may earn or lose money, or someone could get sent to Jail. Location Spaces allow players to pay and move to any property space on the game board. Challenge friends and family to win it all with the Monopoly Ultimate Banking game.,Set Contains:,1 x Monopoly - Ultimate Banking