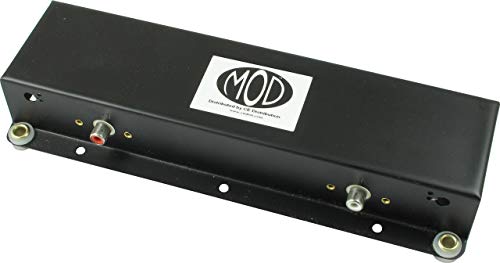 1499500
1499500
0%
available
Musical InstrumentsInstrument AccessoriesGuitar & Bass AccessoriesAmplifier AccessoriesParts
The MOD Reverb Tanks are high quality upgrade units. Some of the major differences between the MODs and other reverb tanks are that the Transducers are wired directly to their respective RCA jacks as opposed to current production tanks where Transducers are connected by a detachable plug to their respective RCA jacks. This makes the tanks less receptive to any outside interference. The original Hammond Accutronics tanks from the 1960s were also wired directly to their respective RCA jacks. In addition very close attention has been paid to the spacing and size of the lamination of the Transducers resulting in a more vintage like tone.