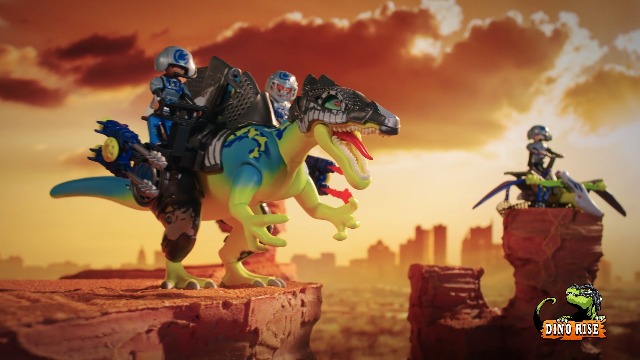 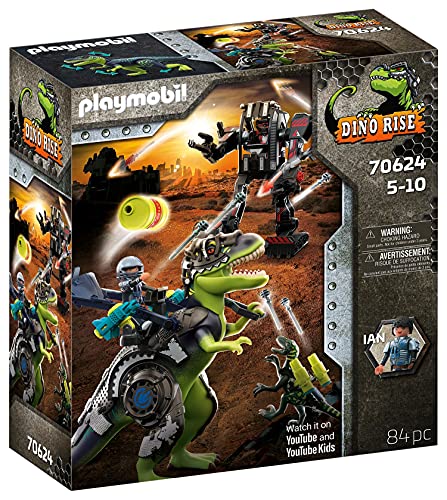 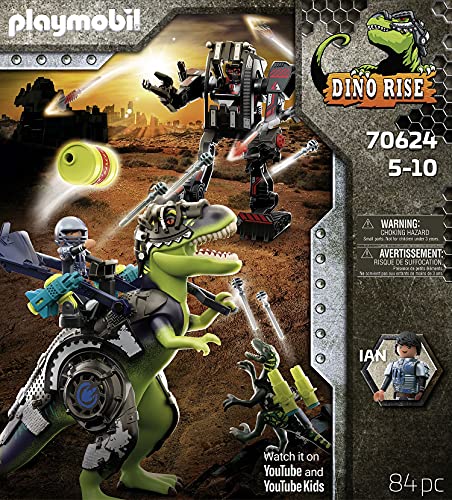 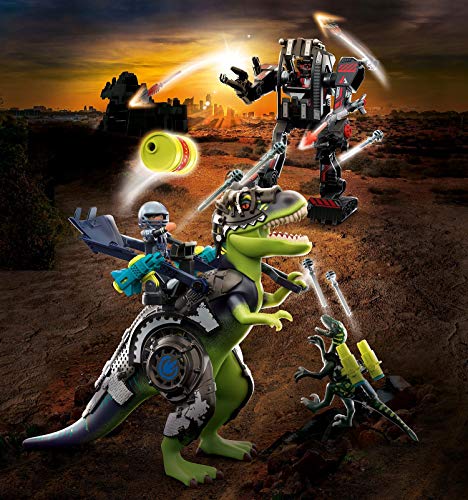 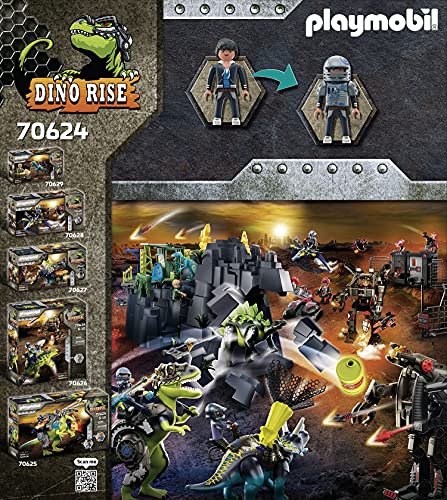 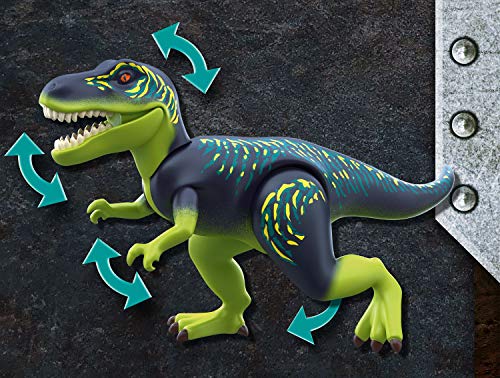 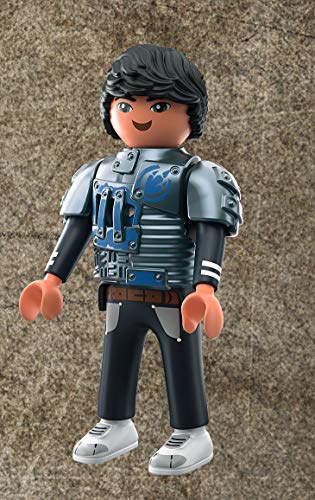 4286400
4762667
10%
available
The T-Rex: Battle of the Giants has begun! A robot machine is on a destructive path and the dino-human team must stop them. Equipped with removable armor and functioning cannons, Ian rides on the back of the T-Rex to shoot down enemies and direct the dino to take down the robot machine. As the deinonychus fires its functioning cannons, the T-Rex uses its arm to catapult a barrel towards the robot. What an exciting battle! With interchangeable hairstyles and removable armor, hero figure can easily transform out of battle mode. Set includes two figures, T-Rex, deinonychus, robot machine, armor, functioning cannons, catapult, barrel, and other accessories. Dimensions: 5.9 x 3.9 x 6.9 in (LxWxH). Recommended for ages five to twelve years.Warning. Choking Hazard. Small parts. Not for children under 3 years.