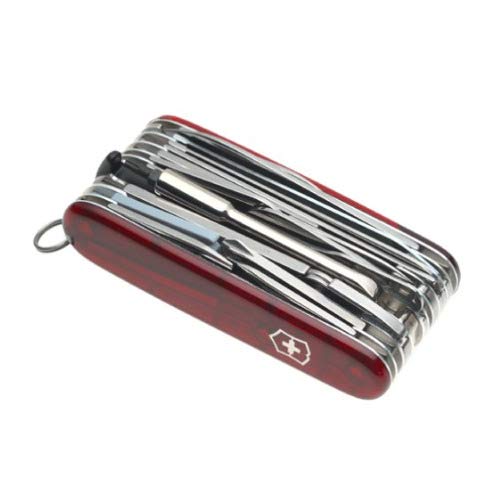 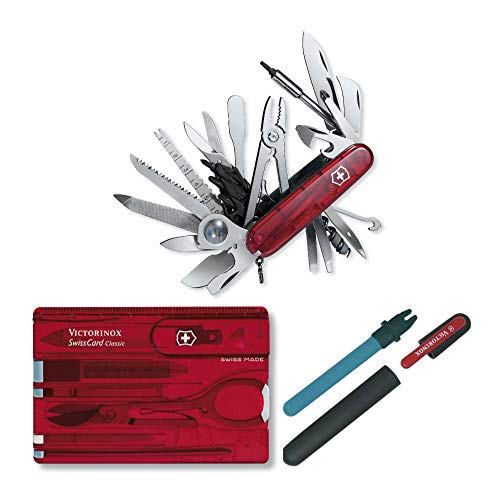 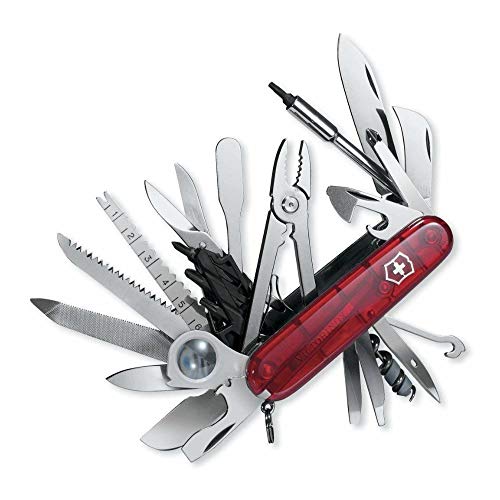 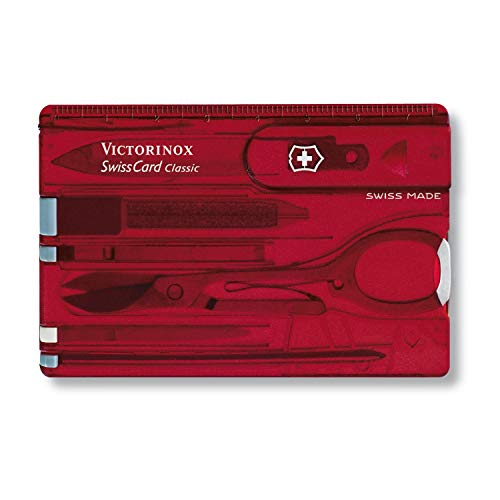 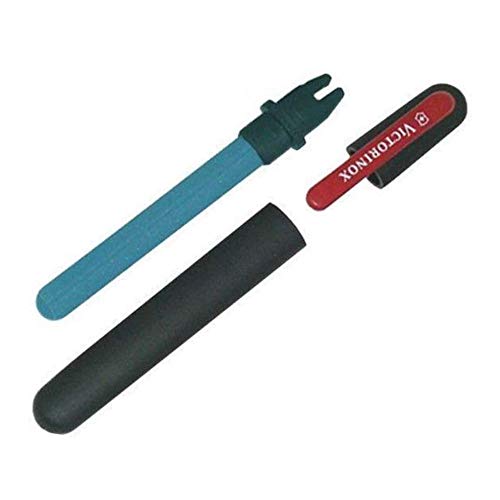 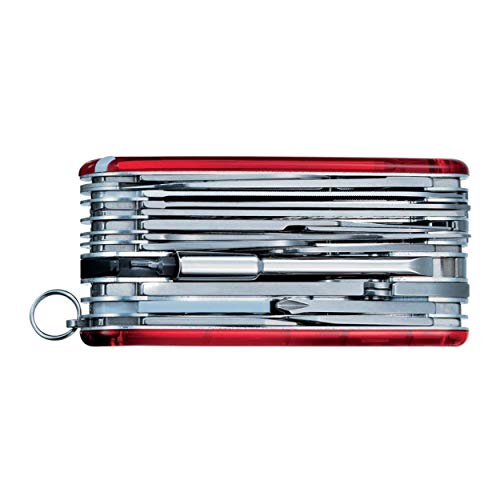 9302600
9302600
0%
available
Sports & OutdoorsOutdoor RecreationCamping & HikingKnives & ToolsFolding Knives
The SwissChamp XLT pocketknife is the ultimate portable multi-tools. With more than 50 mini-tools packed into its 3.5-inch frame, the SwissChamp XLT does everything from repairing household gear and fixing electronics to pitching in at the campsite to cleaning fish. The SwissChamp XLT is sheathed in a sleek translucent ruby housing with the familiar Victorinox logo on the side.,Multiple Features,The Victorinox Swiss Army features all the basics, such as large and small knife blades, a nail file with a nail cleaner, a metal file, a metal saw, a wood saw, scissors, a Phillips screwdriver, a cap lifter with a 6mm screwdriver and wire bender, a can opener with a 3mm screwdriver, a corkscrew, a reamer, tweezers, a mini screwdriver, a fine screwdriver, and a toothpick.,Additional Tools,The SwissChamp XLT ups the ante, with such tools as a pharmaceutical spatula, a fish scaler with a hook disgorger and ruler, a pruning blade, an electricians blade with a wire scraper, a chisel/scraper, pliers with a wire cutter and wire crimper, a multipurpose hook, a magnifying lens with 5x to 8x magnification capabilities, a pressurized ballpoint pen, a straight pin, a sewing eye, and a DIP switch setter.,Unique Construction,The SwissChamp XLT is made to exacting standards, with dozens of steps going into its construction. In addition, each individual tool has been hardened in a different way to stand up to its designated use. The SwissChamp XLT knife weighs just 3.5 ounces.,Bundle Includes:,Victorinox Swiss Army Swiss Champ XLT (Transucent Ruby),Victorinox SwissCard Classic Swiss Army Pocket Knife Set (Ruby),Victorinox Pocket Dual-Knife Knife Sharpener