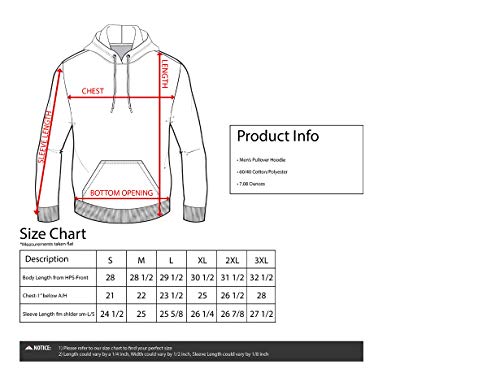 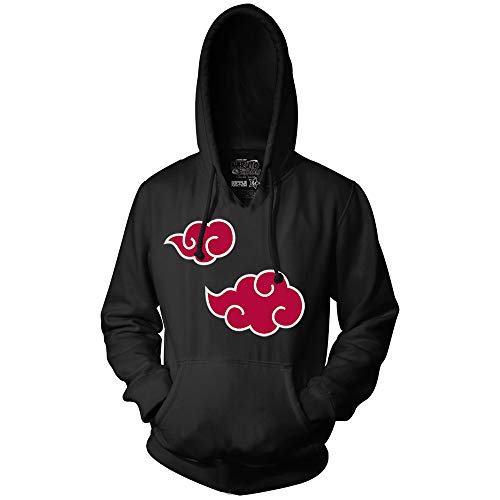 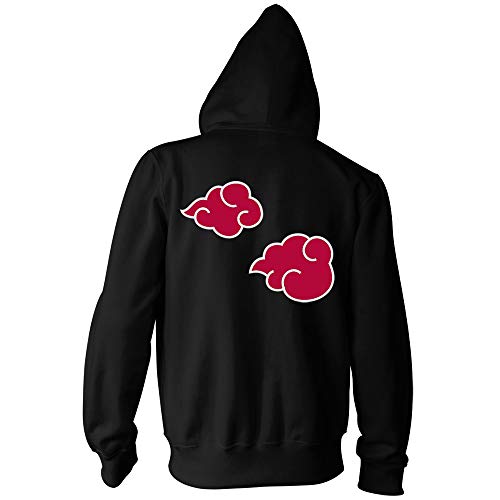 1996500
1996500
0%
available
Clothing, Shoes & JewelryNovelty & MoreClothingNoveltyMen2Hoodies
Product Description,Follow the story of Naruto Uzumaki, a shinobi from the Hidden Leaf Village destined to become Hokage. He is orphaned by the same force that is now sealed within him, the Nine-Tails. He joins Team 7 with fellow ninjas Sasuke Uchiha and Sakura Haruno under elite ninja, Kakashi Hatake. During their Chūnin Exams, Orochimaru invades Konoha and kills the Third Hokage. Sasuke chooses to train with Orochimaru in his pursuit for the strength to defeat his brother Itachi, who is responsible for their parents’ death. While unable to convince Sasuke to return to Konoha, Naruto and Sakura do not give up on him. With the departure of Sasuke, Naruto and Sakura form a new team with Sai under the leadership of Yamato as they continue their pursuit of their lost teammate and friend. The Akatsuki, a criminal group of ninjas that have defected from various villages, are capturing the hosts of the Tailed-Beasts so they can extract and use their immense tail beast power. They capture Gaara (the current Kazekage of the Sand Village and close friend of Naruto) and extract the One Tail Demon, leading to Naruto and his team join the battle against the Akatsuki. Follow the journey of the Hidden Leaf Village Ninjas as they join forces with the other Great Nations to save the world from the evil schemes of the Akatsuki Group. Watch Naruto as he trains under Jiraiya (the Pervy Sage), the Toad Sage, and Killer Bee (the Eight-Tails jinchūriki) in his journey to defeat the Akatsuki, save Sasuke, and become the Hero of the Hidden Leave Village.,Naruto Uzumaki,Naruto Uzumaki is a shinobi of the Hidden Leaf Village and the jinchūriki of the Nine-Tails. Naruto’s parents, Minato (the Fourth Hokage) and Kushina, sealed the Nine-Tails within Naruto’s body the day he was born. He was shunned by the village throughout his childhood due to this, forging a desire for acknowledgement and fueling his pursuit of becoming Hokage. Ramen Ichiraku is his favorite restaurant. Each shinobi has their own nindō, a personal code in which they live by. Naruto’s nindō is to never go back on his word. After his graduation from the Academy, Naruto, Sasuke, and Sakura form Team 7 under the leadership of Kakashi Hatake. After Sasuke defects from the village, he is replaced by Sai. Naruto’s signature techniques are the Shadow Clone Technique and the Rasengan. He is also known for summoning toads and using Sage mode. He achieved his dream by becoming the Seventh Hokage for his role in the Fourth Shinobi World War, defeating Akatsuki and Kaguya.,Read more,Sasuke Uchiha,Sasuke Uchiha is one of the last remaining members of the Konohagakures Uchiha clan. Sasuke witnessed his older brother, Itachi, murder the entire clan, along with their parents. This caused a hatred of his brother and triggered his desire to gain the strength needed to enact his vengeance. During the Chūnin Exams, Orochimaru places a curse mark on him which only fuels his desire to gain power. He eventually leaves the village to train with Orochimaru. Sasuke’s main sources of power are the Sharingan and the Chidori. Sasuke does confront Itachi and manages to kill him. He learns that Itachi acted upon orders from the village when he massacred his clan and decided to protect Sasuke from the truth so he wouldn’t hate the village. Sasuke then joins the Akatsuki along with Suigetsu, Karin, and Jūgo as he searches for the truth behind Itachi’s actions. Sasuke decides to fight for Konoha in the Fourth Shinobi World War to honor Itachi’s sacrifices, helping Naruto to defeat Obito and Kaguya.,Read more,Kakashi Hatake,Kakashi Hatake, known as the Copy Ninja, is one of the most skilled ninjas in Konoha and was widely considered a prodigy when he was a child. He values following shinobi rules above all, making him difficult to work with at times. An avid fan of the Icha Icha series of novels, it is rare not to see a copy with him. He can summon Ninken, which he raised since they were puppies. During the Third Shinobi World War, Kakashi’s left eye was damaged protecting his teammate Obito. Obito is later critically wounded and gives Kakashi his Sharingan to replace the eye he lost protecting him. Kakashi was later assigned to the Anbu Black Ops and became the captain of Team Ro, a team that once included Itachi. He leaves the Anbu to lead teams of Genin. He is assigned to lead Team 7, comprised of Naruto, Sasuke, and Sakura. Eventually, Kakashi is appointed to be a commander in the Allied Shinobi Forces during the Fourth Shinobi World War. He becomes the Sixth Hokage for his efforts in winning the war.,Read more,Akatsuki,Akatsuki is a group of shinobi who wear a black cloak with red clouds and forehead protectors with the symbol crossed out signifying the severed ties with their former village and are considered criminals. The concept was originated by Black Zetsu, but was founded by Yahiko, Konan, and Nagato to bring peace to the world. Nagato assumes leadership under his alias “Pain” after Yahiko’s death. Other members include Kisame, Sasori, Deidara, Hidan, and Kakuzu. Their plan is to capture all the Tailed Beasts and deploy them strategically. Obito joins the organization under the alias “Tobi” after Sasori is killed. Obito’s plan is also to capture the Tailed Beasts, but to restore the Ten-Tails and cast Infinite Tsukuyomi on the world, trapping everyone in a dream. He takes over as leader when Nagato is defeated. Obito demands that the Eight-Tails and Nine-Tails be surrendered. The refusal initiates the Fourth Shinobi World War. Obito is defeated by Naruto and Sasuke, ending Akatsuki’s schemes.,Read more