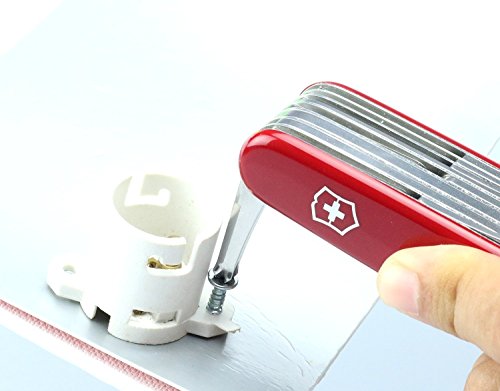 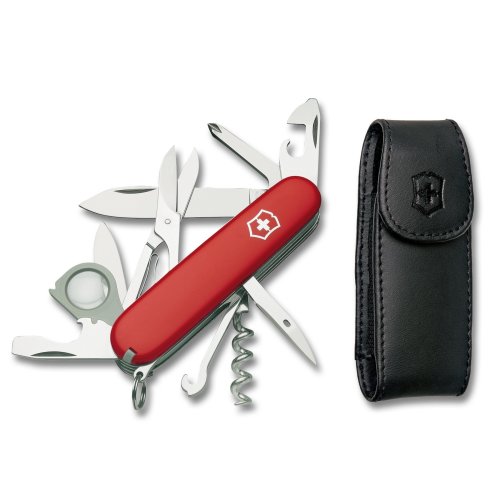 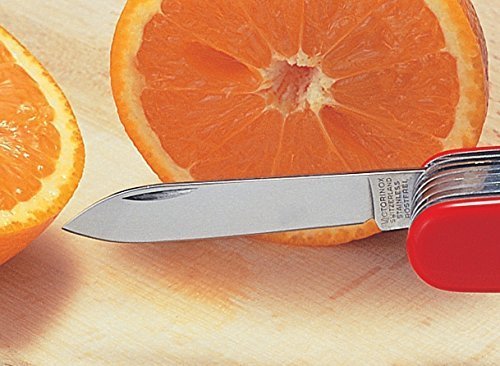 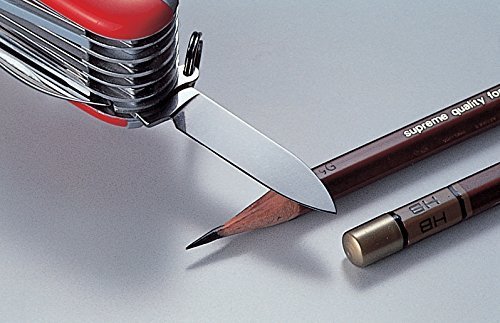 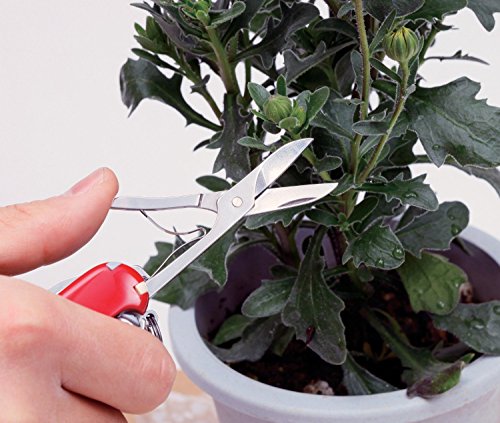 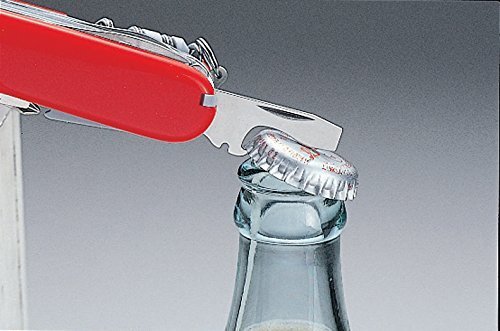 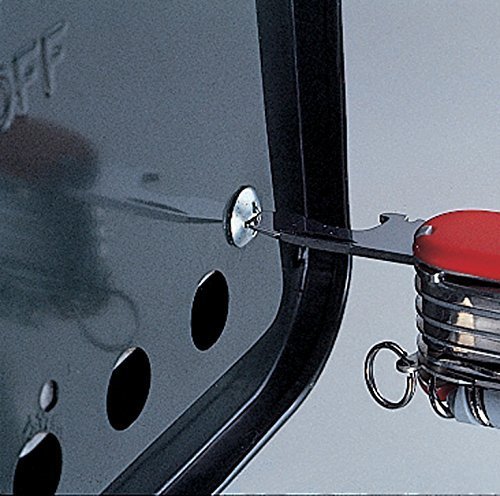 2793600
2793600
0%
available
Sports & OutdoorsOutdoor RecreationCamping & HikingKnives & ToolsFolding Knivestorobemalls
Product Description,EQUIPPED FOR ADVENTURES Have the courage to conquer new roads and obstacles with the Explorer. Featuring 16 tools, stainless steel construction, Swiss-Made precision, and a convenient leather belt pouch – this compact tool prepares you for anything on your explorations. FEATURES 16 FUNCTIONS :,Large Blade,Small Blade,Corkscrew,Can Opener with,– Small Screwdriver (also for Phillips Screws),Bottle Opener with,– Large Screwdriver,– Wire Stripper,Reamer,Key Ring,Tweezers,Toothpick,Scissors,Multipurpose Hook,Phillips Screwdriver,Magnifying Lens,CARE TIPS FOR YOUR SWISS ARMY KNIFE The steel is tempered, annealed and polished to achieve the necessary hardness and provide optimum resistance to corrosion. SHARPENING To re-sharpen your knife, use a whetstone at an angle of 15°– 20°. This will result in a cutting angle of 30°– 40°. If sharpening on a grinding wheel, always cool with plenty of water to avoid excessive temperatures and the resulting damages that may occur. CLEANING If the blades of knife begin to stick together, open and close the blades in warm water several times - this will allow the tools to move easily again. Once dry, apply a drop of Swiss Army Knife Oil between each tool and its spring. Do not put Swiss Army Knives in the dishwasher. HISTORY and HERITAGE In 1884, Master Cutler Karl Elsener opened a cutlery shop in Ibach, Switzerland. There, he and his cutlers’ union produced the finest steel cutlery, finished with the now-famous proprietary edge preferred globally by professionals and home cooks. Karl supplied the Swiss Army with its standard issue Soldier’s Knife and Officer’s Knife. After the death of his mother, and with the advent of stainless steel, Karl changed the name of the company to Victorinox. It is from those humble beginnings that a worldwide icon was born. Today, Victorinox is still owned and operated by the Elsener family, and both the company and family still resides in the small village of Ibach, Switzerland.,Amazon.com,The company that created the renowned Swiss Army knife in 1897 offers this 15-tool pocket knife toolbox for campers, hikers, hunters, fishers, and other outdoor lovers--plus a leather belt pouch at no additional charge. All tools neatly fold up inside a single implement sheathed in durable plastic that measures just 3-1/2 inches long and has a key ring on the end. Tools are all stainless-steel, except for a plastic toothpick. In addition to the toothpick, the tools comprise a large knife blade, small knife blade, can opener, bottle opener, small screwdriver, large screwdriver, Phillips screwdriver, wire stripper, reamer, magnifying glass, tweezers, corkscrew, scissors, and hook. The Explorer carries a lifetime warranty against defects.,About Victorinox,In 1884, Swiss cutler Karl Elsener set up shop in Ibach-Schwyz, installing a waterwheel in Tobelbach Brook to run his grinding and polishing machines. Thus began what would become the international brand name Victorinox, a combination of Victoria, for Elseners mother, and inox, or stainless steel. Today, Victorinox produces watches, luggage, clothing, and, famously, Swiss Army Knives. The forerunner of that name dates to 1897, when Elsener patented the Swiss Officers and Sports Knife he supplied to the Swiss Army. Following World War II, American servicemen and women shopping in PX stores shortened the name to Swiss Army Knife, which lives on in English-speaking countries around the world and has become a metaphor or versatility.