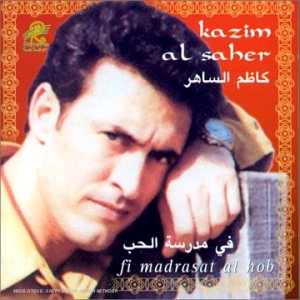 0
0
0%
unavailable
CDs & VinylInternational MusicMiddle EastArabic
About the Artist,Kazem al-Saher (Kathem el-Saher) is by the most popular Arab contemporary pop artist. He ha a following in both the young generation and the older generation because of his talent in singing various styles ranging from light pop to classical Iraqi Maqam and Mawwal. He was born in Mousul in northern Iraq, where he lived a hard childhood working at a young age to support his large family. At 10 he sold his bicycle, probably his dearest asset, to buy a guitar. At the age of 12, he joined the Institute of the Arts in Baghdad where he studied music for 6 years. He released his first album in 1990. He is well known for singing the beautiful love poems of the Syrian poet Nizar Qabbani.