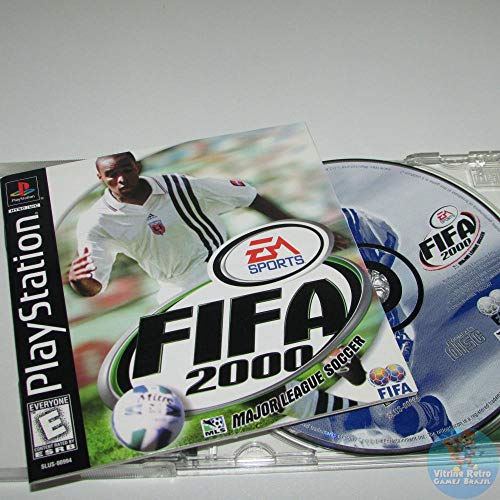 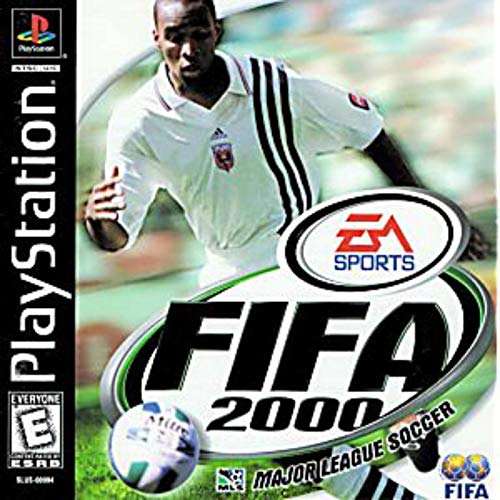 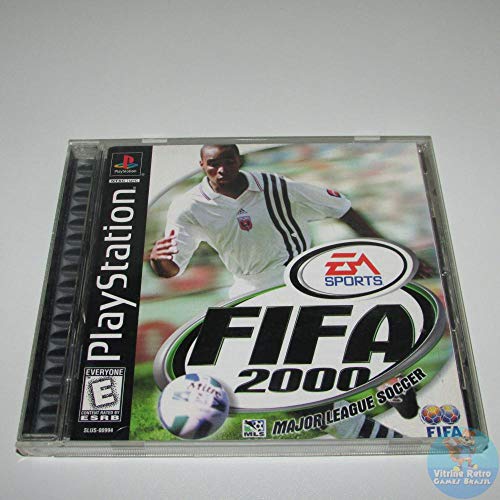 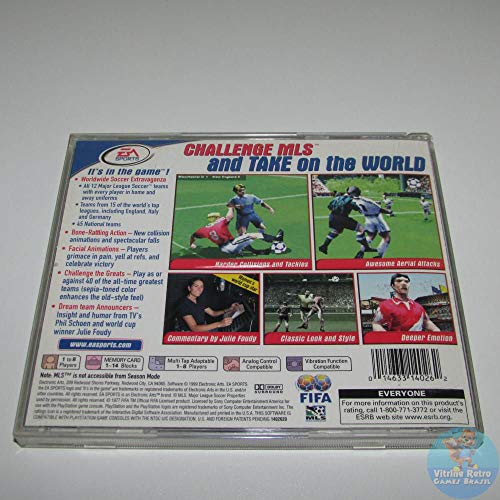 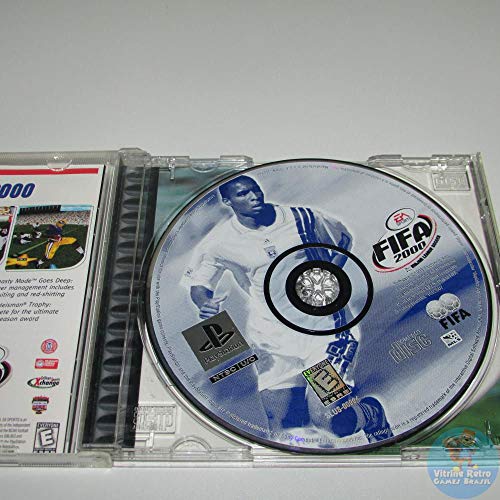 434400
434400
0%
available
Video GamesLegacy SystemsPlayStationGames
Product description,FIFA Major League Soccer 2000,Review,Even with the recent excitement generated by the US teams dominance in the Womens World Cup, soccer still isnt that large of a phenomenon in the States. American soccer fans may not be able to get Monday Night Soccer anytime soon, but they can at least get EA Sports FIFA series - easily the best line of soccer games to hit both consoles and the PC. The latest of EAs soccer simulators, FIFA 2000, proves that the highly acclaimed FIFA line is still the best soccer series out there.,Theres more significance in the name FIFA 2000 than just the year. FIFA 2000 is truly the soccer game of a new millenium, and it has huge improvements over FIFA 99. The most obvious improvement is the addition of the 12 MLS teams to the already large roster of countless other leagues. Now fans of American soccer can pit their favorite US teams against each other, or even against the superior world teams. FIFA 2000 also introduces a few important gameplay additions that provide so much added depth to the game youll wonder how you ever got through FIFA 99 without them. Mirroring popular football and baseball games on the market today, FIFA 2000 introduces icon passing from penalty locations. This makes it much easier to assist would-be strikers from the corners - with a button press you can guide a corner kick directly to your man inside the box, who is waiting to head the ball home. Another feature youll learn to love is the pass-reliability rating - a small colored arrow in the pass direction that changes color depending on how well defended the pass recipient is. On defense, you can control your teams aggressiveness and formation on the fly, even so far as to make all your defenders leave their man and run at the ball at the touch of a button. With another touch of the button, theyll quickly return to the default strategy. All these additions are both well implemented and simple to use, enhancing the gameplay instead of overly complicating it.,The basic modes you expect from the FIFA series are still intact. Theres an exhibition, tournament, season, and practice mode. Theres also the create-a-player mode, and you can even customize the teams to your preferences. You get to choose from tons of options, including three skill levels. You decide on the weather, the arenas, the camera angle, and more. Theres a pretty big jump between skill levels; indeed, the amateur level - which the game defaults to - is a little too easy for regular FIFA players, while the professional level - the next in line - is almost a slap in the face to those used to scoring eight or nine goals a game. All of this resides behind a useful interface, that admittedly, takes some time to get used to.,The exhibition mode is simple enough - pick your teams, your stadium, the weather, and other options, and then go for it. The season mode is a little more complex. Once you pick your team, you can trade players, create custom players, play around with your formations, and substitute your line around, all the while playing against different teams as you progress on your way to the World Cup. The tournament mode lets you set up a single elimination tournament. You can create your own cup as the prize for the tournament mode or use one of the default cups. The practice mode lets you select different practice scenarios to hone the weak points in your game.,The graphics are probably the most notable difference from last years game. FIFA 2000 has gotten a stunning graphical facelift, and it looks absolutely fabulous. All the player animation has been motion captured, meaning that everything the characters do - from sprinting to tackling to bicycle kicks - looks amazingly realistic. That, combined with much better textures, accurate facial models, and variously sized players make this the best-looking soccer game on the PlayStation. I havent noticed any polygonal breakup or overlap - the graphics look that nice.,The FIFA series has always been known for its cool soundtrack, from FIFA 99s Fatboy Slim-composed theme song Rockafeller Skank to FIFA 98s Song 2, performed by Blur. This year the game has got more big names like Robbie Williams, who performed an entirely original song for the soundtrack, to other favorites like Reel Big Fish, and Apollo Four Forty, whose music pumps over the games menu screens. In the game, however, the audio department is handed off to ESPN commentator Phil Schoen and Womens World Cup star Julie Foudy, who help call the action. While Schoen and Foudy are both competent, neither is as exciting as the English superstar soccer commentator and long-running FIFA veteran John Motson, who is nowhere to be found in FIFA 2000, even though hes mentioned in the credits. Foudy is especially irritating, with a sugary, almost prepubescent voice that doesnt complement her cracks about player injuries and difficult saves. Otherwise, the sound effects are simply incredible, with an extremely realistic crowd-reaction system that accurately represents how fans would audibly react to the current situation.,Its almost as if FIFA 2000 were EA Sports attempt to Americanize soccer. Banking on the success of the US Womens World Cup Team by including Foudy, replacing favorite Motson with American commentator Schoen, and introducing the MLS teams, FIFA 2000 is the most US-friendly version of FIFA to hit shelves. This gives FIFA 2000 an entirely different feel than previous versions of the series, but it still delivers everything youve come to expect from FIFA. FIFA 2000 is more than just better than last years game, it is easily the best soccer game ever to grace the PlayStation. --Ben Stahl,--Copyright ©1999 GameSpot Inc. All rights reserved. Reproduction in whole or in part in any form or medium without express written permission of GameSpot is prohibited. GameSpot and the GameSpot logo are trademarks of GameSpot Inc. -- GameSpot Review