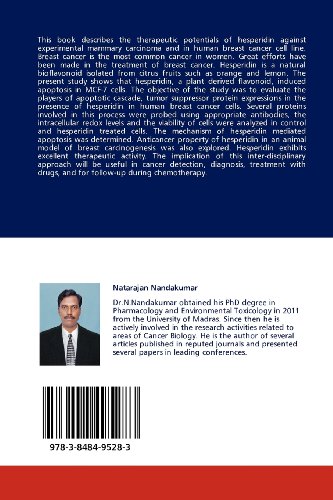 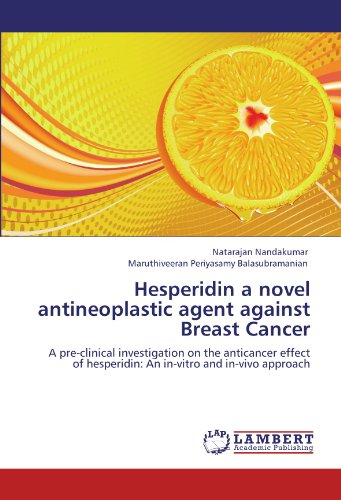 4057400
4057400
0%
available
BooksHealth, Fitness & NutritionDiseases & Physical Ailments
This book describes the therapeutic potentials of hesperidin against experimental mammary carcinoma and in human breast cancer cell line. Breast cancer is the most common cancer in women. Great efforts have been made in the treatment of breast cancer. Hesperidin is a natural bioflavonoid isolated from citrus fruits such as orange and lemon. The present study shows that hesperidin, a plant derived flavonoid, induced apoptosis in MCF-7 cells. The objective of the study was to evaluate the players of apoptotic cascade, tumor suppressor protein expressions in the presence of hesperidin in human breast cancer cells. Several proteins involved in this process were probed using appropriate antibodies, the intracellular redox levels and the viability of cells were analyzed in control and hesperidin treated cells. The mechanism of hesperidin mediated apoptosis was determined. Anticancer property of hesperidin in an animal model of breast carcinogenesis was also explored. Hesperidin exhibits excellent therapeutic activity. The implication of this inter-disciplinary approach will be useful in cancer detection, diagnosis, treatment with drugs, and for follow-up during chemotherapy.