Can We Obey Our Way Into Heaven?: Love and the Law In Early Christianity 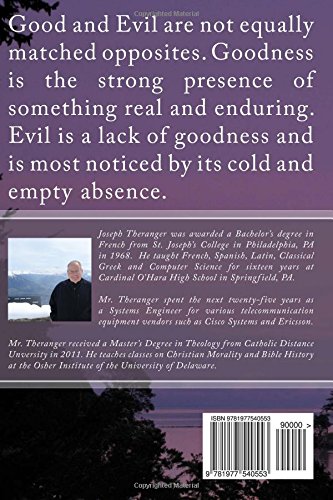 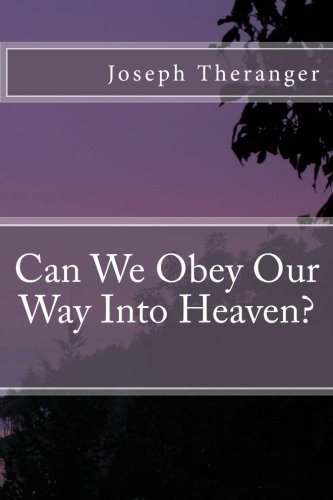 Can We Obey Our Way Into Heaven?: Love and the Law In Early Christianity
by Joseph Theranger
270کیلوگرم
1977540554

637700
637700
0%
available
BooksChristian Books & Bibles
Jesus said that, when we pray, we should address God as Father. The word Father can bring up many images. One image from the Gospels is the Father in the parable of the Prodigal Son. In this parable, we might find some themes that are easy to recognize. There is the theme of a Father with a restless son. Perhaps we can find a theme of a disagreement between an elder and a younger brother. In any case, Jesus often had the ability to take common themes and use them to make an unexpected point. The theme of a Prodigal Son was not a new one when Jesus was born into the world. Since the rebellion of Adam and Eve in Eden, prodigal children of God had been abandoning his love and his wisdom for ages. Even his own Chosen People had a history of abandoning their God, finally returning to Him but only after a period of suffering. The parable of the Prodigal Son seems to be recreating another version of that same theme as the story begins in Luke 15:11. We are told about a Father and two sons. The younger son, seemingly restless and wanting to seek his happiness following the ways of the world, asks his Father for his inheritance. The theme is familiar up to this point but there one slight difference. There is no indication of a clash between Father and Son. The parable does not indicate that the Prodigal Son showed any anger in his heart for his Father when he requested his inheritance from him. The Prodigal Son was simply anxious to set out on his own. The Father seemed to understand his restlessness and loved him enough to set him free. The next part of the story is directly on theme. The Prodigal Son discovered what so many others before him had learned. Following the wisdom of the world rarely leads to abiding happiness. He soon found himself destitute, feeding leftovers to swine on a pig farm. I am certain that the Jewish listeners who heard this story understood the true humiliation of the Prodigal Son’s situation. If this were a common story, it might have ended there, a warning to those who would abandon their family for the world. It did not end there. The Prodigal Son decided to abandon what little pride he had left to return to his Father and beg for the lowliest job on his estate. The Father was delighted at his son’s return and ordered a feast in his honor. At this point, the story takes its real turn. This is when third character, the elder brother, and so-called Good Son appeared. As he came back from the fields, the Good Son heard of his younger brother's return. His reaction is completely different from the reaction of his Father. It is in his reaction that Jesus turns the story on its head. While his Father was overjoyed to see the return of the younger son, the elder brother was jealous and angry. In that state, the elder brother showed the true spirit in his heart when he complained, “All these years I have never once disobeyed you, yet you never even gave me a feast.” Was the Good Son thinking beyond himself either about his Father or his brother? No. He was thinking only about himself. Was he obedient to his Father out of love? Clearly not. He seemed to resent having to obey his Father’s orders. The lesson is now clear. External obedience to a set of commands out of a sense of fear or obligation is not the kind of obedience that can get you into Heaven. The gospels, as well as the letters of Paul, make it clear that Jesus came to re-emphasize the relationship between obedience to the Law and love. The Torah made that relationship clear as Jesus stressed in Matthew’s gospel (Matt. 22:36-40). Jesus preached that relationship eloquently in the Sermon on the Mount. Jesus lived that relationship out to the fullest at Calvary. Can we obey our way into Heaven? Yes, if our obedience comes from a sense of love. If our obedience is like that of the Good Son, probably not!