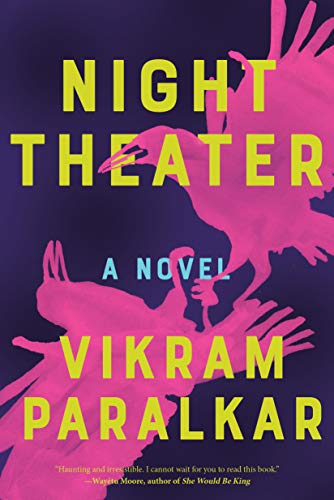 929500
929500
0%
available
BooksLiterature & FictionGenre Fiction
A surgeon must bring a dead family back to life in this fabulist debut novel set in rural India, called “otherworldly” and “a haunting contemplation of life, death, the liminal space in between, and the dogged search for resurrection” (Kirkus Reviews, starred). , ,Fleeing scandal in the city, a surgeon accepts a job at a village clinic. He buys antibiotics out of pocket, squashes roaches, and chafes at the interventions of the corrupt officer who oversees his work. , ,But his outlook on life changes one night when a teacher, his pregnant wife, and their young son appear. Killed in a violent robbery, they tell the surgeon that they have been offered a second chance at living if the surgeon can mend their wounds before sunrise. , ,So begins a night of quiet work, “as if the crickets had been bribed,” during which the surgeon realizes his future is tied more closely to that of the dead family than he could have imagined. By dawn, he and his assistant have gained knowledge no mortal should have. , ,In this inventive novel charged with philosophical gravity and sly humor, Vikram Paralkar takes on the practice of medicine in a time when the right to health care is frequently challenged. Engaging earthly injustice and imaginaries of the afterlife, he asks how we might navigate corrupt institutions to find a moral center. Encompassing social criticism and magically unreal drama, Night Theater is a first novel as satisfying for its existential inquiry as for its enthralling story of a skeptical physician who arrives at a greater understanding of life's miracles.