Driven: How To Succeed In Business And In Life 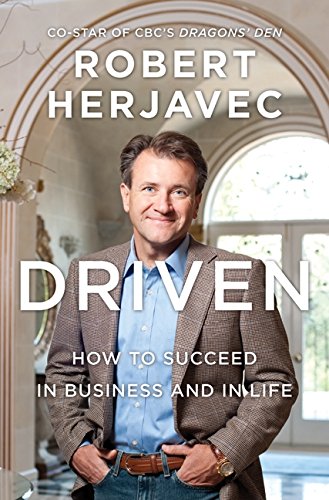 1205900
1205900
0%
available
BooksBusiness & Money
Product Description Robert Herjavec has lived the classic “rags to riches” story, from having $20 in his pocket to starting up technology companies worth hundreds of millions of dollars. Now the star of television’s Dragons’ Den and Shark Tank, this son of Croatian immigrants earned his incredible wealth by overcoming the odds with hard work and determination. On television, Herjavec bankrolls the best inventions and shoots down the best of intentions. Now, he’s sharing his hard-won wisdom in one of the most inspirational business books of recent times. In Driven, Herjavec shares the secrets that took him from his job waiting tables to growing his nascent technology company into a world-class conglomerate, The Herjavec Group. Herjavec’s principles are as valuable in the living room as they are in the boardroom. Anyone can succeed, on their own terms, by following his sage but simple advice—if they’re willing to take chances, to take control of their own future and to s