A Private War: Marie Colvin and Other Tales of Heroes, Scoundrels, and Renegades 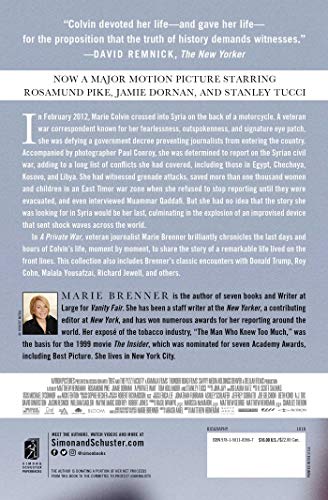 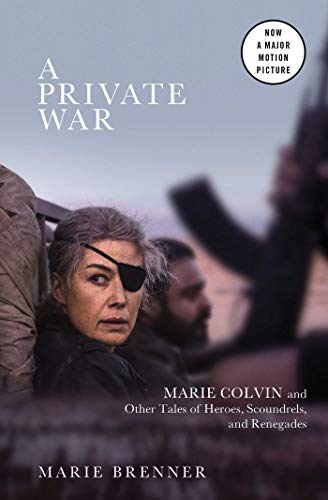 924600
924600
0%
available
BooksReferenceWriting, Research & Publishing Guides
Now a major motion picture starring Rosamund Pike, Stanley Tucci, and Jamie Dornan, A Private War is the story of legendary war correspondent Marie Colvin, who died in 2012 while covering the Syrian civil war. , ,In February 2012, Marie Colvin crossed into Syria on the back of a motorcycle. A veteran war correspondent known for her fearlessness, outspokenness, and signature eye patch, she was defying a government decree preventing journalists from entering the country. Accompanied by photographer Paul Conroy, she was determined to report on the Syrian civil war, adding to a long list of conflicts she had covered, including those in Egypt, Chechnya, Kosovo, and Libya. She had witnessed grenade attacks, saved more than one thousand women and children in an East Timor war zone when she refused to stop reporting until they were evacuated, and even interviewed Muammar Qaddafi. But she had no idea that the story she was looking for in Syria would be her last, culminating in the explosion of an improvised device that sent shock waves across the world. , ,In A Private War, Marie Brenner brilliantly chronicles the last days and hours of Colvin’s life, moment by moment, to share the story of a remarkable life lived on the front lines. This collection also includes Brenner’s classic encounters with Donald Trump, Roy Cohn, Malala Yousafzai, Richard Jewell, and others.