The Red and the Black: (translated with an introduction by Horace B. Samuel) 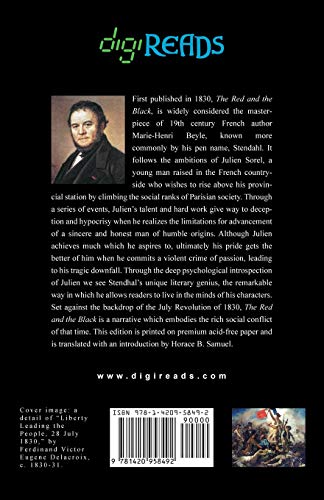 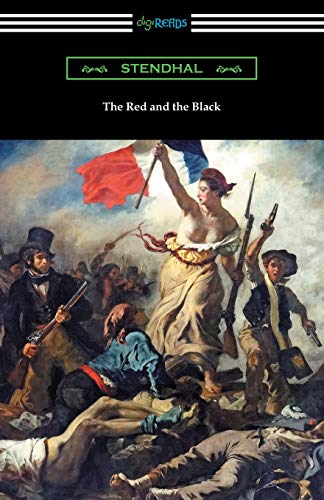 964200
964200
0%
available
BooksLiterature & FictionClassics
First published in 1830, “The Red and the Black,” is widely considered the masterpiece of 19th century French author Marie-Henri Beyle, known more commonly by his pen name, Stendahl. It follows the ambitions of Julien Sorel, a young man raised in the French countryside who wishes to rise above his provincial station by climbing the social ranks of Parisian society. Through a series of events, Julien’s talent and hard work give way to deception and hypocrisy when he realizes the limitations for advancement of a sincere and honest man of humble origins. Although Julien achieves much which he aspires to, ultimately his pride gets the better of him when he commits a violent crime of passion, leading to his tragic downfall. Through the deep psychological introspection of Julien we see Stendhal’s unique literary genius, the remarkable way in which he allows readers to live in the minds of his characters. Set against the backdrop of the July Revolution of 1830, “The Red and the Black” is a narrative which embodies the rich social conflict of that time. This edition is printed on premium acid-free paper and is translated with an introduction by Horace B. Samuel.