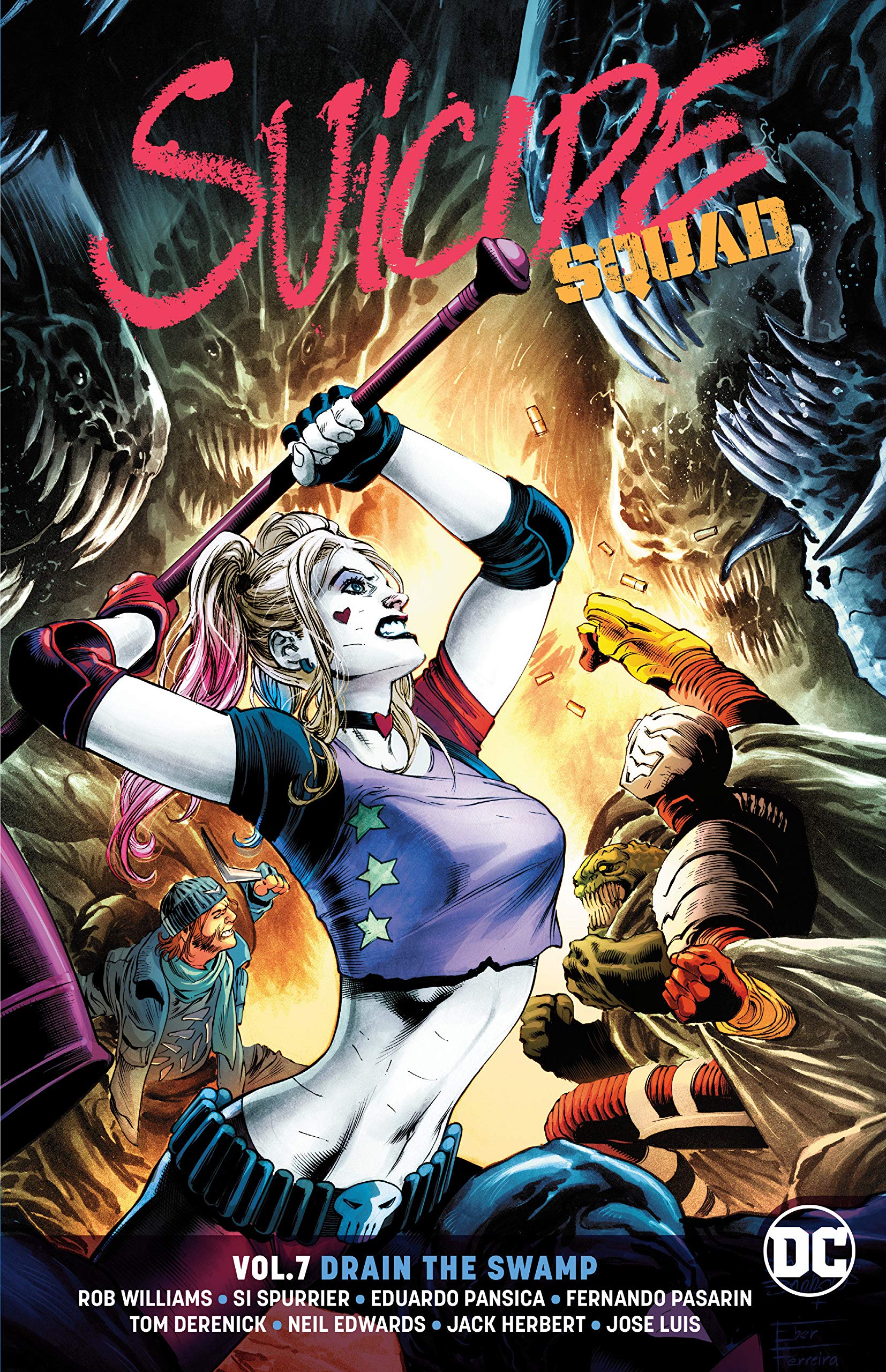 1536600
1536600
0%
available
BooksComics & Graphic NovelsGraphic Novels
America is under attack. And America's gonna fight back. The only question is which is worse for America's dirtiest line of defense: Task Force X, a.k.a. the Suicide Squad!First, a hive of brain-draining alien insectoids has infested one of the country's most beloved theme parks. Faced with an all-out incursion, Amanda Waller sends in Harley Quinn, Deadshot, Captain Boomerang, Killer Croc and a team of the toughest criminals in Belle Reve Penitentiary...plus some poor sap named Juan. What's this sad sack's secret? And why is he the only thing standing between the Squad and destruction?Then, the government unveils its latest plan to make America safe again: the Wall, a super-soldier commanded by Task Force X veteran Rick Flag and armed with enough power to take down every member of the Squad. And at the worst possible time, too: the super-cyberterrorist named Hack is back, and she's out to unleash every single secret Amanda Waller has ever tried to bury.Now Harley Quinn and company must fight to protect the secrets of the Squad--and save Washington from its own red, white and blue metahuman of mass destruction!From writers Rob Williams (Trinity) and Si Spurrier (X-Force) and a squad of talented artists comes Suicide Squad Vol. 7: Drain the Swamp, a saga of action and adventure that trumps all the others! Collects issues #33-40 of the outrageous series.