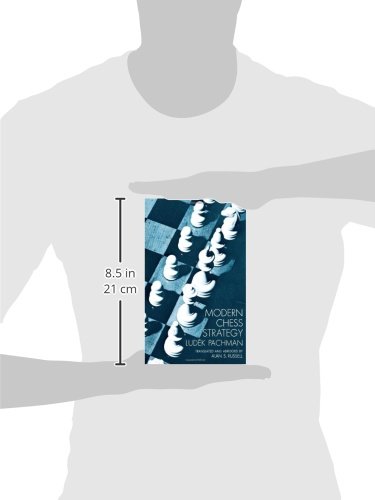 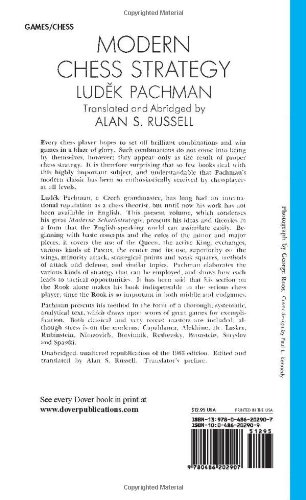 1154500
1154500
0%
available
torobemalls
Every chess player hopes to set off brilliant combinations and win games in a blaze of glory. Such combinations do not come into being by themselves, however; they appear only as the result of proper chess strategy. It is therefore surprising that so few books deal with this highly important subject, and understandable that Pachman's modern classic has been so enthusiastically received by chessplayers at all levels. ,Ludĕk Pachman, a Czech grandmaster, has long had an international reputation as a chess theorist, but until now his work has not been available in English. This present volume, which condenses his great Modern Schachstrategie, presents his ideas and theories in a form that the English-speaking world can assimilate easily. Beginning with basic concepts and the rules of the minor and major pieces, it covers the use of the Queen, the active King, exchanges, various kinds of Pawns, the center and its use, superiority on the wings, minority attack, strategical points and weak squares, methods of attack and defense, and similar topics. Pachman elaborates the various kinds of strategy that can be employed, and shows how each leads to tactical opportunities. It has been said that his section on the Rook alone make his book indispensable to the serious chess player, since the Rook is so important in both middle and endgames. ,Pachman presents his method in the form of a thorough, systematic, analytical text, which draws upon scores of great games for exemplification. Both classical and very recent masters are included, although stress is on the moderns: Capablanca, Alekhine, Dr. Lasker, Rubinstein, Nimzovich, Botvinnik, Reshevsky, Bronstein, Smyslov, and Spasski.