The Boys in the Boat (Young Readers Adaptation): The True Story of an American Team's Epic Journey to Win Gold at the 1936 Olympics 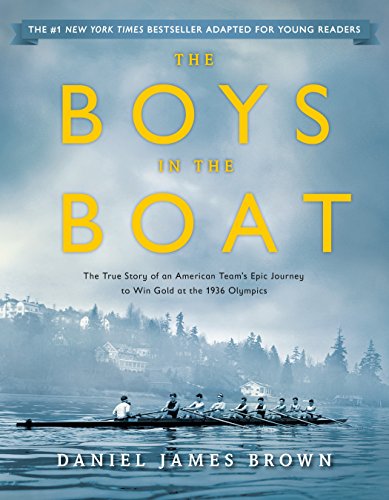 900600
900600
0%
available
BooksChildren's BooksHistory
The #1 New York Times bestseller freshly adapted for the next generation, now with brand new content including an author Q&A and never-before-seen photographs , ,Inspiration for the PBS American Experience Documentary 'The Boys of '36' , ,For readers of Unbroken, out of the depths of the Great Depression comes the astonishing tale of nine working-class boys from the American West who at the 1936 Olympics showed the world what true grit really meant. With rowers who were the sons of loggers, shipyard workers, and farmers, the University of Washington’s eight-oar crew was never expected to defeat the elite East Coast teams, yet they did, going on to shock the world by challenging the German boat rowing for Adolf Hitler. , ,At the center of the tale is Joe Rantz, a teenager without family or prospects, whose personal quest captures the spirit of his generation—the generation that would prove in the coming years that the Nazis could not prevail over American determination and optimism. , ,This deeply emotional yet easily accessible young readers adaptation of the award-winning #1 New York Times bestseller features never-before-seen photographs, highly visual back matter, and an exclusive new introduction.